We have a very important announcement to make. As you know Radzen supports Angular applications from its very beginning. There is a catch though - the current version of Radzen targets Angular 7 whereas the latest official Angular version is 11 (was 10 at the time of the original writing)

We were hesitant to upgrade earlier because of various reasons - breaking changes in the Angular API, third party libraries not fully supporting it etc.

However since Google no longer supports Angular 7 we decided it is high time we make the transition.

I am linking a Beta build of Radzen which targets Angular 10 (Windows, macOS). We ask every Radzen developer who uses Angular to try this version with their apps and report their findings. If this is you please check the following important bits before trying that build:

To try the Radzen Beta on an existing application you have to do the following:

Surprisingly not so many things changed in the generated code. Most of the changes we had to make were in the @radzen/angular package and Radzen itself.

Why are we asking you to try the Beta

Once we release Angular 11 support officially all existing Angular 7 applications will be automatically upgraded once you open them with Radzen and press the Run button. We have tested a few dozens of customer applications that we had access to but there are probably issues we haven't discovered. This is why it is very important as many Radzen Angular developers as possible give the beta a try and report any issues with it.

And before you ask - unfortunately we can't support both Angular 7 and Angular 11. Ignoring the fact that Google no longer supports Angular 7 it would be too much of a hassle to support two versions of @radzen/angular and two separate sets of node_modules dependencies. And since Radzen includes the required node_modules maintaining two copies would essentially double Radzen's size.

How do I give feedback

You can either write it here in this very topic or send an email to info@radzen.com with the details.

Thank you for your consideration!

Trying it I found this problem:

In Radzen beta Output window when try to run:

Initially tested by creating New Radzen sample app Find a Car with default theme.
Not sure if these issues are related to the new version or if the app needs an update but will post anyway. 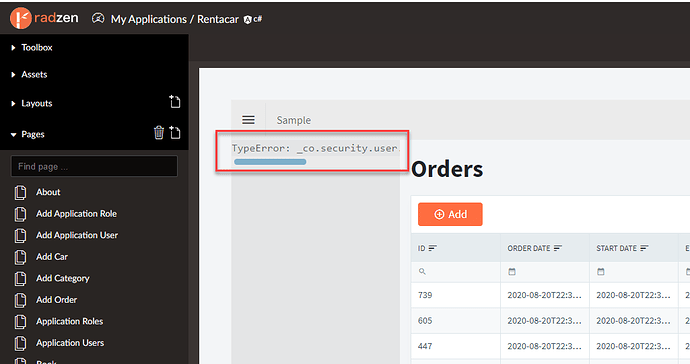 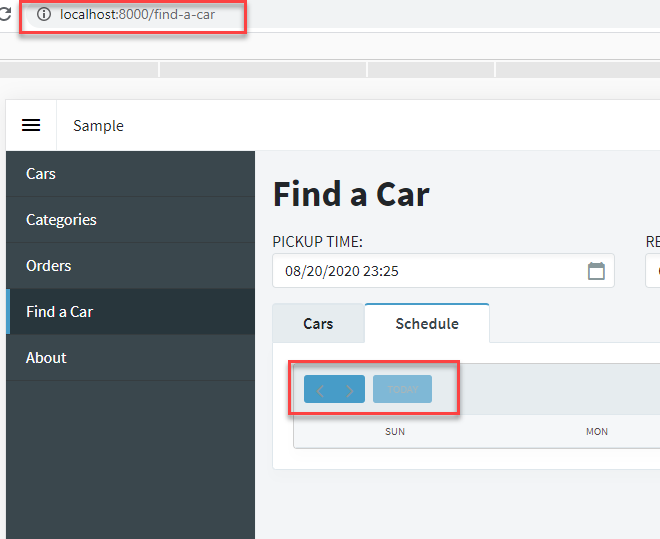 Another strange issue is the Radzen Beta IDE was working but it has now started loading but the new application and import icons are missing and most of the menu items no longer work. E.G. clicking the File Import no longer does anything. Only a single instance of Radzen Beta is running and log.txt does not report any errors. After restarting windows the Radzen Beta is still not working. 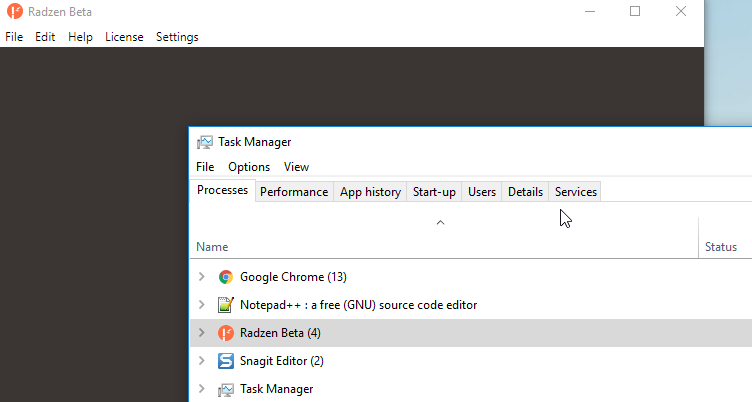 FYI:After reinstalling the Radzen beta it is now working again.

The missing typescript package is an issue that we will fix and update the build.

It looks as there is a theming issue with the Scheduler. We will investigate.

@mcanavar unfortunately this seems to be an Angular CLI issue that we can't do much about. Does it happen if you run npm install in the client to have a copy of node_modules instead of using the linked one?

when using "npm install" the issue with having Radzen run in admin mode resolves, so it seems to be only the issue when the linked npm version is used.

A possible solution is to give write access to C:\Program Files\Radzen to your user. We will investigate if there are other ways to solve this problem.

UPDATE: We seem to have found a way to move the cache directory to the application itself instead of node_modules. Will ship with the next update of the Radzen Beta.

Does Radzen automaticallay update packages in package.json and if so when? I just imported a project and got lots of errors similar to.

image923×85 4.63 KB
Manually updated package.json with "@radzen/angular": "next", and now works without error although some formatting issues within app so likely need to update some other references.
@korchev
Update:Was using premium dark theme and modals appearing to left and translucent. Changed theme in settings then restored, rerun and now modals appear correctly.
korchev August 21, 2020, 3:13pm #14

@mumfie yes, Radzen should have updated the version automatically but I think there is a case where it won't. Will handle that. About the theming issue - indeed some PrimeNG components have changed rendering hence we had to update the themes. Mentioned above in the "What changed" section.

when opening a page as a dialog it is displayed semi-transparent and in the left top corner. No custom code was added to the action - just the logic of the automatically generated CRUD page. Deleting the on-click logic and adding it again did not result in any change. Despite its weird appearance, the opened dialog is still functional - one can press buttons and open dropdown-fields...

My last response discusses this very issue. You need to reset your custom theme.

Just doing some preliminary testing using 2.60.0-beta.1 and noticed an error coming up on a couple of my dialogs when they are opened. They are simple add and edit dialogs with nothing complicated on them but, this error is showing in the console: 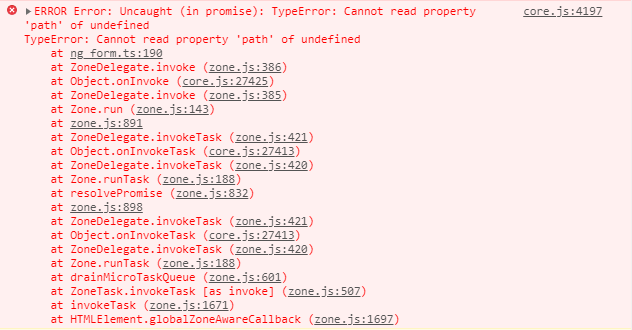 Having deleted objects off the page 1 at a time, I've got down to the error coming from a Checkbox component which has it's Value property bound to a boolean page property

To my regret this seems buried deep in the Angular code and I can't trace it to Radzen. Can you send us your application to info@radzen.com so we can investigate further? Also specify what page this happens in. Thanks!

I have just updated the Radzen Beta and the download links in the first post. There are two things fixed in the new version.

Indeed we have uploaded a build which does not include the fix. Will do so next week.