Recently I migrated the legacy Grid's to DataGrid's. There were .css issues regarding font weight and size, filter column margin and some borders were invisible, for example. Did some cleanup, based on what is being generated by Radzen, but couldn't fix everything.

There is this problem where the paging view renders, even though it's off. Virtualization and scrolling seems to be messy too. Do you have any idea on what might be the cause? 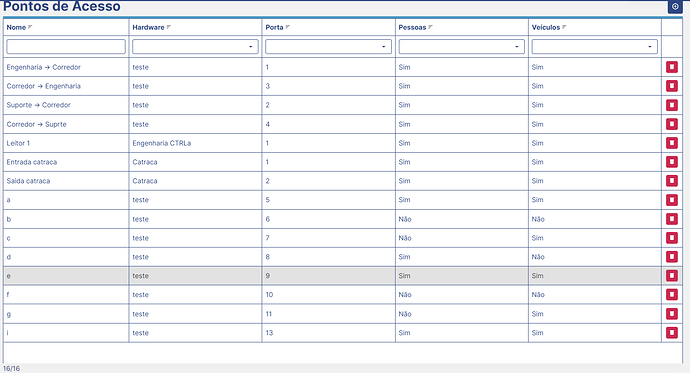 Here's with a fixed height to force scrolling: 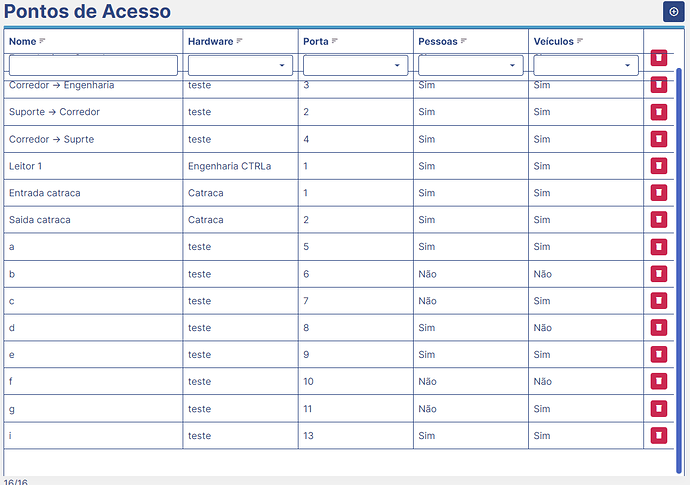 UPDATE: actually, that extra blank space at the bottom is not the paging, it's the other items that are not rendering at the time. 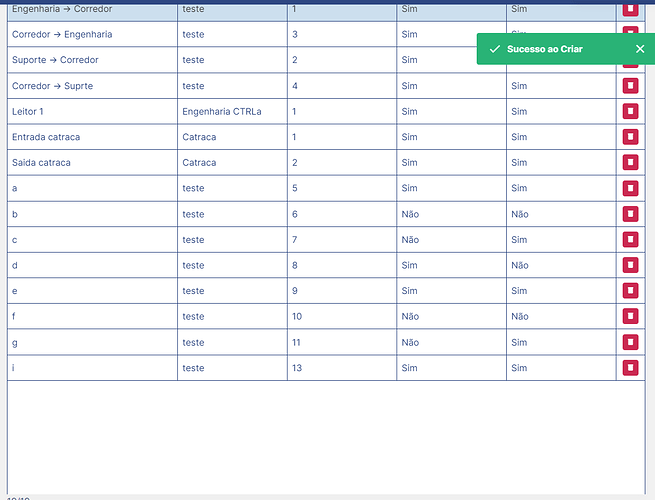 I am afraid we can't determine what is causing those issues based on the screenshots.

We had to manually edit the CSS. Right after the 3.0.0 release, I passed the files that were generated by Radzen to our marketing team and they edited colors, borders, margins and some other small bits. So yeah, today we have a static CSS that is likely missing the classes for the DataGrid component.

What do you suggest? Maybe editing in the ThemeBuilder could fix it?

What do you suggest? Maybe editing in the ThemeBuilder could fix it?

You can create a custom theme however it would create a brand new CSS file which won't be easy to merge with your existing one.

I recommend you check if the DataGrid CSS is present in your theme CSS file. Probably some of the new CSS rules for the DataGrid are missing. Look for stuff starting with .rz-data-grid

Are there only 2 rules for the DataGrid? That was all I could find and both are present in my CSS.

Here is the commit which adds most of the RadzenDataGrid styling (but there is more). The rz-grid-table classes are also used as well as others.

Thanks for these links! I'll use them to update my CSS.

Alright, my CSS have all needed classes and properties. However, there is one issue with rows not being rendered if not reaching a certain total count/height. Here's how it looks like, with a Data.Count() at the bottom left for validation purposes.

Additionally to the CSS, there is a max-height in the component style.

Not sure what this is from the screenshot. Try inspecting it to see what this element is and compare its styles with the ones in the online demos. Also I think our virtualization demos use height instead of min-height. I think this is required by the Blazor built-in virtualization panel - to know the exact height.

Hopefully this .gif can explain better my issue:

The only difference I could spot is that in the demo there are two div's, one at the top and another at the bottom (implemented by virtualization, I suppose), with the expected total height of the elements above and below the rendered rows, while in my app these div's are always 0 height and the rows that were supposed to render are div's waiting to be rendered into the table rows. 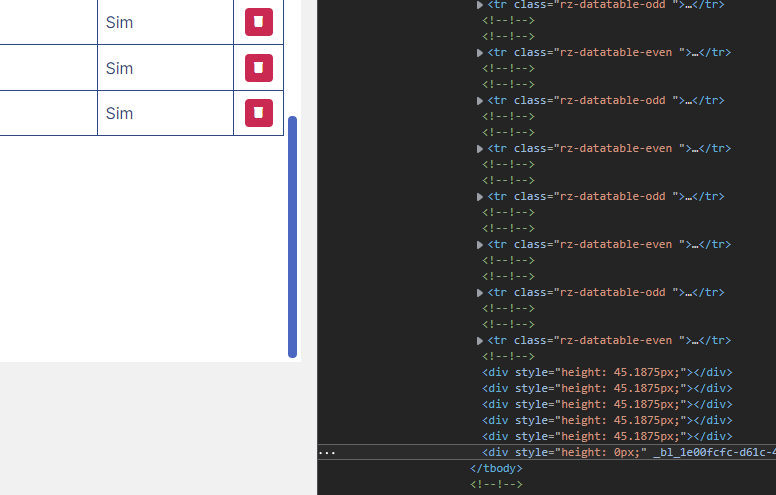 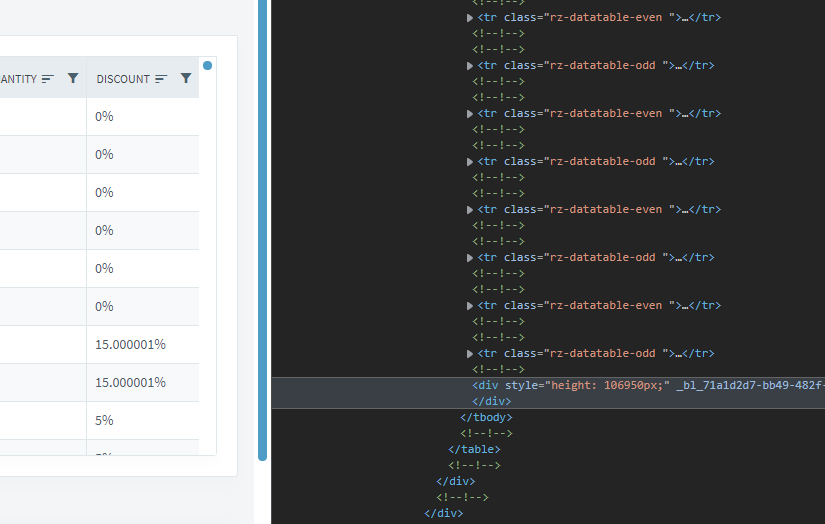 UPDATE: this issue is only for small amounts of data, when the total height of the rows is smaller than twice the height of the grid, approximately.

I think this is how the Blazor virtualize works. If you have less data than the grid height things like this will happen. Either increase the PageSize of the DataGrid or set a smaller height.

Changing the DataGrid height did not work. Increasing the PageSize from the default 10 to 30 fixed it, thanks!